Aspirants vying for various elective positions on the platform of the All Progressives Congres (APC) have appealed to Governor Umaru Tanko Al-Makura to intervene and redress what they termed a case of injustice and unfair treatment meted out to them by the hierarchy of the party in the state.

Making his feelings known to   ……More 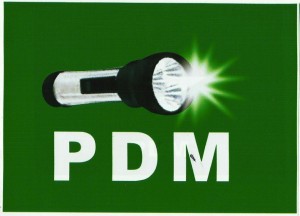 It was gathered that major party leaders in the PDM, which was formed last year, have not agreed on which of the two major parties it should support since the PDM may not field a presidential candidate.   ….More

The National Orientation Agency (NOA), has urged delegates to the national conference to consider national interest and use the platform to foster peace and unity of the nation.

Mr Mike Omeri, the Director General of the agency said this in a statement signed and made available to the News Agency of Nigeria (NAN) on Monday in Abuja.

Omeri advised the delegates to seize the opportunity to serve the country diligently  ….. more

Mallam Dahiru Hassan Kera is the North East vice chairman of Northern Youths Grand Alliance. In this interview with JONATHAN NDA-ISAIAH, he posits that defectors in the state are political liabilities and who have no relevance to PDP in Gombe state. More 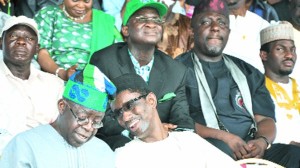 The All Progressives Congress (APC) has accused the PDP-led Federal Government of acting out a clandestine script to increase fuel prices through the back door.

It stated that the ongoing nationwide fuel scarcity may have been induced to make higher fuel prices a fait accompli for Nigerians.

In a statement issued in Lagos yesterday by its interim National Publicity Secretary, Alhaji Lai Mohammed, the party said the fact that the scarcity had persisted despite the claims…..  More 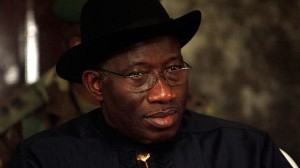 As the 2015 general elections draw nearer, President Goodluck Jonathan and the national leadership of the Peoples Democratic Party (PDP), have been urged to beware of the activities of, “some political hijackers and deceivers, who may want to mislead them, particularly in the South-West.”

A group, the South-West PDP Mandate Group, gave the warning in a statement it issued at the weekend in Ibadan, the Oyo State capital.  More

Nigeria’s President, Goodluck Jonathan, has held a closed door meeting with the governors of the south west in the Presidential Villa in Abuja, Nigeria’s capital.

The governors at the meeting were Babatunde Fashola of Lagos, Kayode Fayemi of Ekiti, Ibikunle Amosun of Ogun, and Rauf Aregbesola of Osun.

The Governors of Oyo, Abiola Ajimobi, and Ondo, Olusegun Mimiko, were absent from the meeting.

Emerging from the president’s office after the meeting which ended at about 5:36 p.m., the governors, who are all members of the opposition All Progressive Congress, APC, refused to comment on the matters discussed at the closed door parley with the president.

Pressed by journalists who were waiting to interview them, the Ekiti State governor, Mr. Fayemi, said, “We came to see the President. And it’s in connection with issues of national importance. It is for the development of the South West.”

Defending their decision not to comment on the meeting, the Ogun State Governor, Mr. Amosun, said “that is why it is called private meeting”.

Gov. Fashola of Lagos State simply told the State House correspondents that the meeting was a private one, adding “if there is the need for you to know, the Presidential aide will brief you.’’

Rivers State chapter of the Peoples Democratic Party (PDP) has described as a lie the claim by the All Progressives Congress (APC) that about 100,000 non-indigenes resident in the state registered with it in the just concluded party membership registration.

Chairman of the APC Registration Committee of Non-Indigenes Political Forum (NIPF), Alhaji Yusuf Tanko, had claimed that 100,000 non-indigenes resident in the state had registered with the party during its just-concluded registration exercise.    Read more

Former Military President General Abdulsalami Abubakar said yesterday that the manner in which the country will handle the 2015 general elections will determine if Nigeria will remain a united and stable country.

The former Head of State said that the country was already divided within fault lines, with politicians ready to exploit them without noble objectives. 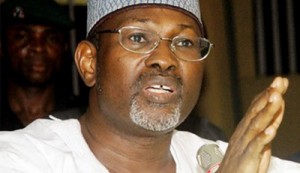 Across the country, there will be additional 30,000 new polling units before the 2015 general election, the Independent National Electoral Commission (INEC) disclosed on Monday.

It said a review had commenced that would up the existing 120,000 polling units to 150,000, in order to reduce an average polling unit’s voting population to 500.