See below the analysis for the 2015 Presidential Elections as announced by inec, at the time of upload, borno result is still being expected. 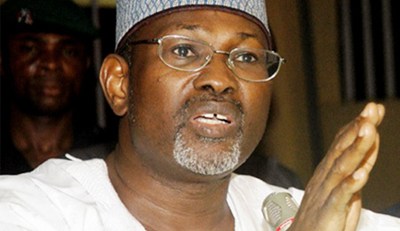 The Nigerian official, who is knowledgeable of the discussions, said the Independent National Electoral Commission will announce the postponement later Saturday. He spoke on condition of anonymity because of the sensitivity of the issue.

A major offensive with warplanes and ground troops from Chad and Nigeria already has forced the insurgents from a dozen towns and villages in the past 10 days. Even greater military strikes by more countries are planned.

African Union officials and representatives of countries supporting the initiative were ending a three-day meeting Saturday in Yaounde, Cameroon’s capital, to finalize details of a 7,500-strong force from Nigeria and its neighbors Chad, Cameroon, Benin and Niger. Details of funding, with the Africans wanting the United Nations and European Union to pay, may delay the mission.

Nigeria’s home-grown extremist group has responded with attacks on one town in Cameroon and two in Niger this week. Officials said more than 100 civilians were killed and 500 wounded in Cameroon. Niger said about 100 insurgents and one civilian died in attacks Friday. Several security forces from both countries were killed.
International concern has increased along with the death toll: Some 10,000 killed in the uprising in the past year compared to 2,000 in the four previous years, according to the U.S. Council on Foreign Relations.

Any delay is opposed by an opposition coalition fielding former military dictator Muhammadu Buhari, though the opposition stands to take most votes in the northeast.

Supporters of both sides are threatening violence if their candidate does not win. Some 800 people were killed in riots in the mainly Muslim north after Buhari, a Muslim, lost 2011 elections to Jonathan, a Christian from the south.

Analysts say the vote is too close to call, the most tightly contested election since decades of military dictatorship ended in 1999.

Jonathan’s party has won every election since then but the failure of the military to curb the 5-year Islamic uprising, growing corruption and an economy hit by halved oil prices have hurt the president of Africa’s biggest oil producer and most populous nation of about 170 million.

A postponement also will give electoral officials more time to deliver some 30 million voter cards. The commission had said the non-delivery of cards to nearly half of the 68.8 million registered voters was not a good reason to delay the vote.

The Independent National Electoral Commission (INEC) has extended the deadline for collection of Permanent Voter Cards (PVCs) to Sunday, 8thFebruary 2015.

This supersedes the earlier deadline of Saturday, 31st January 2015, and is intended to give registered voters yet to collect their PVCs the opportunity to do so in readiness for the February 2015 general elections.

INEC hereby calls on duly registered persons not to delay in going to collect their cards before the expiration of the new deadline.
The Commission reaffirms its determination to make the 2015 elections free, fair, credible and peaceful; and urges all stakeholders, including voters, to spare no effort in working towards the same objective.
Kayode Robert Idowu
Chief Press Secretary to INEC Chairman

The Independent National Electoral Commission (INEC) has ordered the decentralisation of on-going distribution of Permanent Voter Cards (PVCs) to Ward levels, in order to enhance access by persons yet to collect their cards.

Before now, the distribution was done at the local government offices of the Commission since the end of distribution at the polling unit level. But distribution of the PVCs will henceforth be at Ward level nationwide.
The Commission, at its meeting on Thursday, January 8th, 2015, resolved that the period for distribution of the cards should be extended. Registered voters who are yet to collect their cards can now do so from 8. 30 a.m. to 5.30 p.m. daily.
Secretary to the Commission, Mrs. Augusta C. Ogakwu said Resident Electoral Commissioners have been mandated to set up effective monitoring strategies and ensure that the specified hours are strictly complied with by relevant INEC staff.
Kayode Robert Idowu
Chief Press Secretary to INEC Chairman

THE Independent National Electoral Commission, INEC, has declared the incumbent governor of Osun State, Ogbeni Rauf Aregbesola as the winner of the 2014 governorship elections.

The Returning Officer, Professor Bamitale Idowu Omole, who made the pronouncement at the INEC collation centre along Abere road, said “I hereby declare Ogbeni Rauf Aregbesola, having satisfied the provision of the Electoral Act, is hereby declared the winner of the Osun state governorship election.”

The APC candidate won elections in 22 out of the 30 local government areas of the state scored a total of 394,684 to beat his main rival and candidate of the People’s Democratic Party, ODP, Senator Iyiola Omisore. 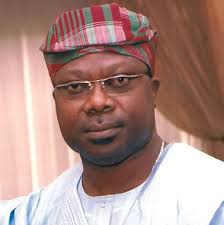 Omisore, who won in eight local government areas, scored 292,747 votes.
A breakdown of the final results shows that Sen Sunday Fajimi of the Alliance for Democracy scored 1982; Aregbesola of the. APC scored -394684, Alhaji Fatai Akinbade of the Labour Party scored 8898, Senator Iyiola Omisore of the PDP scored 292747, while the candidate of the Social Democratic Party, Elder Sunday Akinwusi scored 534.