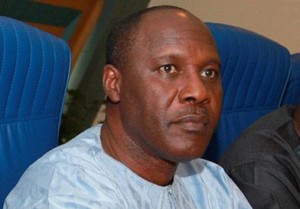 Former minister of Niger Delta affairs and governorship aspirant on the platform of the Peoples Democratic Party in Delta State, Elder Godsday Orubebe, in this interview with Sola Adebayo, speaks on the re-election bid of President Jonathan in 2015, his governorship bid and his perception of Governor Emmanuel Uduaghan.

You played a key role in the election of President Goodluck Jonathan in 2011, what do you think informed his reluctance to declare his intention to seek re-election?

I played a key role in the election of President Goodluck Jonathan in 2011 and I am still playing that key role to sustain the tempo to make him by the grace of God, the president of Nigeria again to complete his eight years.

Even if he was not going to contest, we will draft him to come and complete his eight years. This is the first time somebody from the south-south has come on board to preside over the affairs of this country and I think it is only reasonable to allow him to complete his two-term of eight years.

How do you react to the speculation that the President is worried by the opposition from the North and that that has prevented him from declaring his re-election bid?

Do you think that Jonathan can win election if you look at the scenario in the country now?

I can tell you from where I am sitting now that Mr. President is going to win massively again and again. Let me tell you that Nigerians are becoming more aware, it is not a situation where somebody somewhere is coming to tell them story.