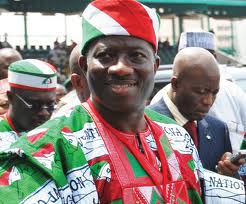 President Goodluck Jonathan on Tuesday said the Peoples Democratic Party (PDP) would recapture all its ‘stolen mandates’ in Kwara on or before the 2015 general elections. Jonathan gave this assurance when he received some PDP elders and political officeholders from Kwara in Abuja. He expressed optimism that the PDP would take over the state, saying that the National headquarters of the party would assist    more